My work with the ultra-famous movie star Barbara Roberts 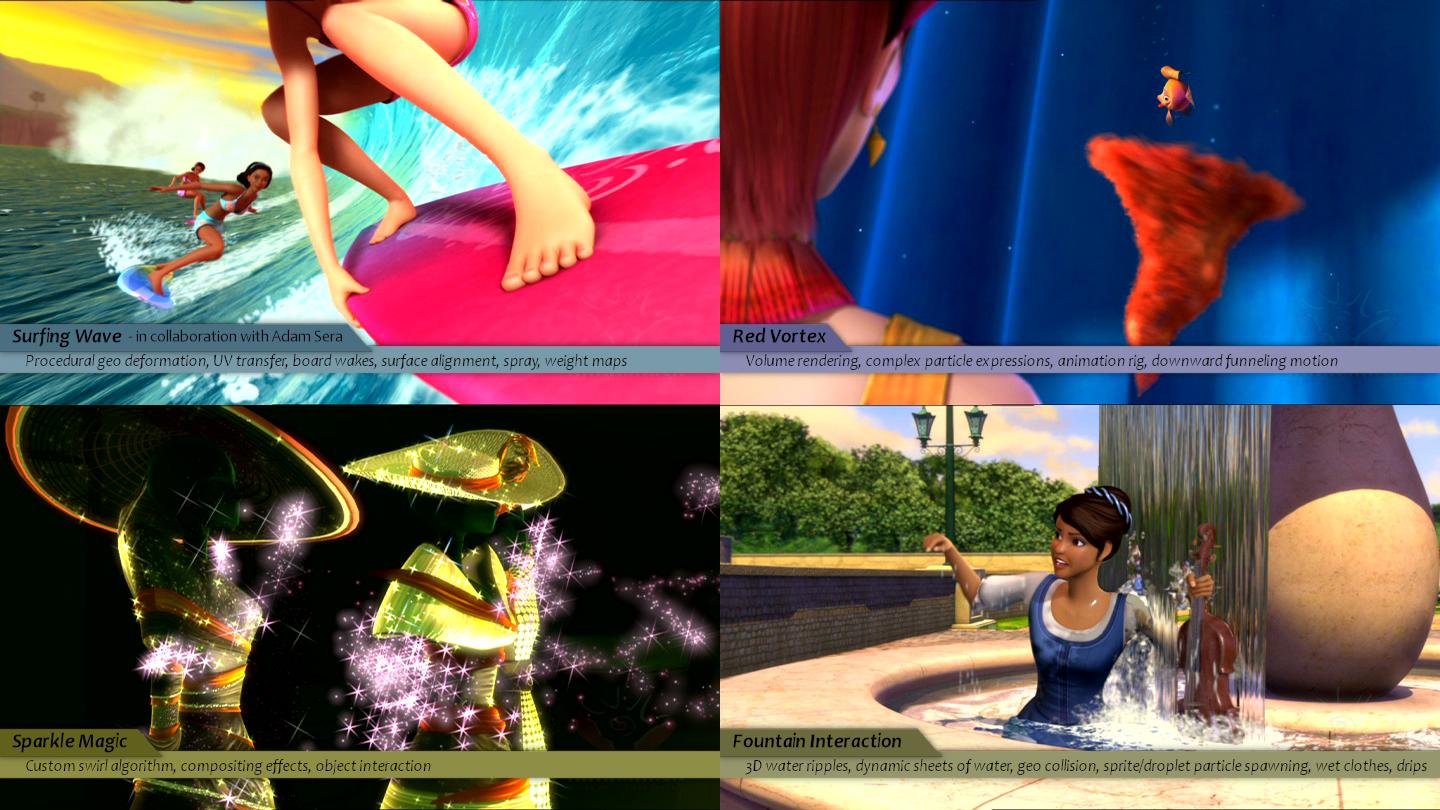 This was my reel from 2011. I had been working at Rainmaker since 2008 and it was my first job in the industry. I started out as a Junior FX Artist, spent some time as a Lead FX Artist, and then Senior FX Artist. It was a great time working with great people, and I really enjoyed it.

Through that period I think I worked on seven Barbie movies, two of which ran simultaneously. I've pulled footage from them into a demo reel and present that to you here.

Since then I have worked on a Escape from Planet Earth, Ratchet and Clank, Open Season: Scared Silly, and a couple more Barbies. Putting together a demo reel is challenging though, and some of my projects have yet to be released so I won't have an updated reel for a while yet.